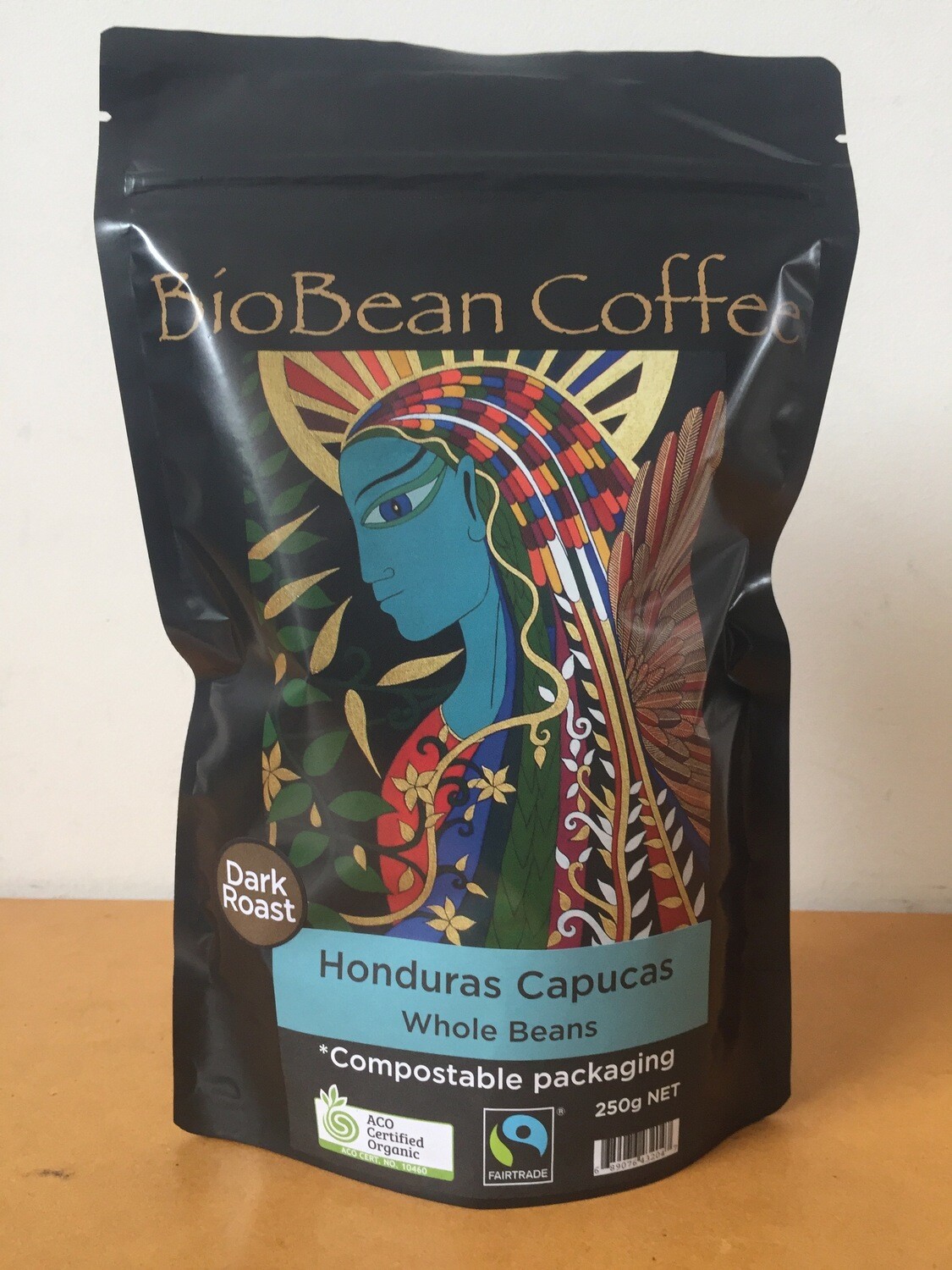 THIS COFFEE HAS A WONDERFUL FULL BALANCED FLAVOUR.

From the Capucas region of Honduras this bean is dry processed meaning it's very ecofriendly due to the lack of water consumed during the processing. The term 'honey' refers to the mucilage on the coffee cherry.

The Anatomy of a Coffee Cherry
A coffee cherry has, roughly speaking, five layers

The five layers are:

Save this product for later

Buy online and you will received the freshest coffee available.

We are a family owned home based company specialising in supplying the finest coffee available with personalised quick service.